An Interview with Robert Swartwood 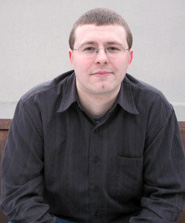 Robert Swartwood’s work has appeared in such venues as The Los Angeles Review, The Daily Beast, Postscripts, ChiZine, Space and Time, Wigleaf, and PANK. He is the editor of Hint Fiction: An Anthology of Stories in 25 Words or Fewer, which was chosen by The Nervous Breakdown as one of their favorite books of 2010, and was featured on NPR’s Weekend Edition Saturday with Scott Simon.

I just finished reading his eBook, “The Dishonored Dead”, which is a fantastic novel.  I reviewed the book and liked it so much I wanted to interview Swartwood to ask him some questions about the book and how it came to be.  What follows is the transcript of the interview which we conducted through email over a period of several days.

Q. Thank you for taking the time to share your thoughts with us. Your book, “The Dishonored Dead”, is a fascinating and unique book that was very hard to put down. How long have you been writing, and what kind of works have youwritten outside of the zombie genre?

First, thank you for taking the time to read *The Dishonored Dead* and have me here on your website. I’ve been writing for almost fifteen years now, ever since middle school. I started writing horror stories but enjoy writing pretty much any genre, be it literary or crime or even science fiction. The novel I released before this most recent one was called *The Calling*, which is a supernatural thriller in the vein of Dean Koontz and Peter Straub. My new novel which I hope to release very soon is called *The Serial Killer’s Wife* and is a straight-up thriller in the vein of Harlan Coben and Michael Connelly.

Q. It’s obvious from reading The Dishonored Dead that you have quite the imagination – the book crosses into new territory that we haven’t seen before, and it’s full of unexpected surprises. How did you come up with the idea of creating a book where the dead are the norm and humans are hunted? What was the development process and how long did it take you to write the book?

The novel’s inception is an interesting one, at least to me. It all started with the story idea of a boy who hears this strange music coming from somewhere in his backyard. And then, when I sat down to actually write the story, that changed to this first line: “Like everyone else he knew, Steven’s heart did not beat.” And the story that grew from there — “In the
Land of the Blind” — was a world where the majority of people were dead but the world still had some life left in it, and of course that life was a threat to the dead and needed to be destroyed. That story won one of the ChiZine short story contests. Later, after it was published, a friend told me his wife had read the story and loved it but said she wished it was longer. At the time I said something along the lines that I didn’t think I was ever going to expand the story, but, as is often the case with us writers, the story stayed with me and I wondered what might happen if I tried to tell a longer story from one of the zombie hunters’ point of view.

The story that I had in mind would be nothing more than a novella (I never outline but can usually gauge the length of a story in my head). But then as I started writing it, a character appeared out of nowhere, a very minor character that was nothing more than stage decoration. While the protagonist and another character were leaving a building, they passed a janitor. Why there had to be a janitor there, I had no idea, but the janitor
appeared in my head and so I placed him there. And it wasn’t until a few chapters later did the real reason for the janitor’s appearance become apparent, and suddenly what had only been a novella-length work turned into a full-blown novel. The first draft ended up at around 120,000 words and that only took me a few months to write. Then, after a major revision a few years later, it came down to a respectable 100,000 words. Eventually I
signed with a new agent who loved the book and he went out with it but, unfortunately, none of the major publishers wanted to take a chance on it as it wasn’t your typical zombie novel.

Q. Well, that is interesting – writing without an outline – seems to work for you, though. I think the publishers made a mistake by not taking on the book. We don’t need another typical zombie story; we need a book like yours with fresh thoughts and a new plot idea. Your main character in the book, Conrad, just keeps running into trouble at every turn. Did you have to add in-law and marriage problems along with everything else he had to deal with?

Isn’t it a rule of fiction that you don’t want to make it too easy for your protagonist?

As it was many years ago when I first wrote this book, I honestly don’t remember if it was a conscious decision to go so in-depth with Conrad’s wife and sister-in-law. Actually no, that’s not true. When that particular scene I mentioned before with the janitor happened and
turned the work into a full-fledged novel, I knew it was important to find out more about Conrad’s wife. And when I did, I found this character who was stuck in this seemingly unhappy marriage. She became a fascinating character in and of herself, and the more I wrote about her, the more I realized just how important it was to show the dynamic of Conrad’s life when he wasn’t hunting zombies. After all, he just wanted to be happy, at least as much as a dead person like him could be happy.

Also, in retrospect, I think Conrad needed the wife and sister-in-law to help show just how different he was from Philip, who eventually becomes the novel’s antagonist. Conrad and
Philip are both zombie hunters but are completely different. The thing I’ve always found most interesting about Philip is that he is, obviously, a product of his upbringing. He may be extreme in his methods, but he is just following along with exactly what he had been taught to do, which was to track down and kill the living. I found that, after writing the novel, there was a subtle hint of social commentary about our world and, well, terrorists. Why do they hate Americans? Because that’s what they’re taught from the very beginning. They know no other way.

Q. In the book, the living dead are the normals, and the living are the zombies. I noticed you made sure that your character’s dialogue made sense, for example, “I should expire you right now” instead of “I should kill you right now” (since they are already dead), and also they never said anything about their “life” – instead it was their “existence”. Was it hard keeping the dialogue consistent while writing the book?

From what I remember, it wasn’t too difficult to keep these straight. I knew right away that they obviously wouldn’t say the same things the living humans would say and had to think of something to switch them out with. And “existing” and “expiring” seemed to make the most sense, and I think they work pretty well. But I should note that it wasn’t until I read through the novel again recently to prep it for this e-book did I notice that I had
previously referred to the dead’s living rooms as … living rooms. It was such an obvious mistake I couldn’t believe I’d missed it before and quickly went and changed them to the proper “existing rooms.”

Q. Do you think a zombie apocalypse is likely to happen? Would you be a
survivor?

A year ago I would say no, a zombie apocalypse would not be likely to happen, but then you have something like the recent earthquake in Japan and what happened at the nuclear plant and you have to wonder if something like that could happen again, but even more terrible, and if too much radiation was given off … well, it’s something I definitely don’t want to think about. But would I survive? Sure, I remember all the rules Jesse Eisenberg’s
character came up with in “Zombieland”.

You know, I don’t think I would change a thing. As I mentioned, this novel had been sitting on my hard drive for quite some time, and if I had wanted to change something, I definitely would have done it. In the end, though, I’m very happy with how it turned out, even years later.

But I will mention the idea had crossed my mind to create a sort of religion for the animated dead. Like, I thought it would be interesting for them every week to attend some kind of church service which would be, of course, mandatory. Plus, it would provide something different to the dialogue for when they cursed or, as we would do, take the Lord’s name in vain. But, had I done that, it would have created another complexity to the
novel, and I think the book had enough complexity already. In fact, I think the main reason I didn’t end up doing that is because, ultimately, it wouldn’t have added anything essential to the storyline. Plus, the novel is already so fully charged with a social commentary on brainwashing and government control that I figured adding religion to the mix might not be the best idea.

Q. Thank you again, Robert, for the opportunity to learn more about your
book.  Is there anything else you want to say to your fans?  How about some
sage advice you could give to aspiring authors and young people who enjoy
writing – any thoughts?

Thank you, Bill, for reviewing the novel and interviewing me. I wouldn’t say I have any fans, at least not yet, but I would like to thank those readers who have taken a chance on this novel or any of my other work. With so much to read in the world right now, the fact that any of you would take a few hours or more out of your day to read something I created means a lot. And to aspiring authors, I guess the best advice I can give is to just never give up. It sounds cheesy, but it’s the truth. Rejection oftentimes turns young writers off right away, but rejection is just the nature of the game. Everyone gets rejected, even the pros.

Also, with how technology is making it so very easy for writers to upload their work on the Internet, I think it’s also important to remember to have patience. Make sure your work is the very best it can be before you eventually try to have it published, be it by yourself or with a major publisher. Because you only get one shot with new readers; if they aren’t impressed right away, you’ll probably never get them to read anything else you write, no matter how good it might be.

PS – Swartwood has posted his short story “In the Land of the Blind” so that we can read it for free!  This is the published short story that inspired the book.

This entry was posted in Books, Interviews. Bookmark the permalink.