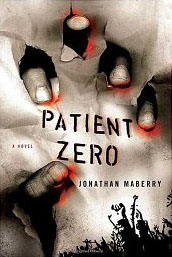 I’ve been wanting to read this book for a long time and finally picked up a copy last week. Wow. I mean, wow! What a great book. This is not just a zombie story – it’s also a story of espionage, betrayal, and terror. A very well-conceived plot, it takes us through eight days of protagonist Joe Ledger’s new life, which is a bone-crunching, desperate ride into apocalyptic hell. Ledger is a police detective with counter-terrorism experience who is recruited (was he given a choice?) into a new super-secret, three-letter government agency tasked with stopping an impending terror attack on the United States.

Ledger is a hero we all love – tough, brave, smart, and a bit of a smart-ass when his buttons are pressed. A faction of religious zealots plan to bring down the country’s economy by introducing a virus that creates a violent, barely alive body bent on eating flesh and ripping apart anything in its way. Trouble brews amongst the faction, creating multiple scenarios and confusing the investigation and attack vector. Ledger’s psychiatrist, Rudy, gets dragged into the fray, and becomes an ally of the country and does what he can to help – once he has seen what he has seen, he really has no other choice.

The characters are well-developed and deep, and in fact, my only complaint with the book is that in the beginning pages, I really didn’t care about the terrorists, government spooks, and other character’s lives and just wanted to stay with Ledger’s life because it seemed like that’s where the action was. Having said that, in later pages I was glad that I learned what I did as Maberry was clever enough to feed me just enough to make me feel as if I was an integral part of the mystery and I couldn’t stop turning the pages to see if my theories were correct. 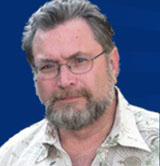 The Joe Ledger character is a new one for Maberry, and there is already another book in the Ledger series called The Dragon Factory, which I can’t wait to get my hands on. In Ledger, Maberry has created a character we will want to read about for a long time. Even if you aren’t worried about the zombie apocalypse, I think you’ll enjoy this book and be glad you read it. If you are interested in zombies, then this book must be read – it will introduce some scenarios that have not been discussed before and will keep your mind sharp and ready for the coming apocalypse. Interestingly, WeZombie has been tracking the zombie apocalypse prediction date for several months, and the month that is most likely for the apocalypse is July. Maberry’s book begins near the end of June and finishes in July, the most probable month for the zombie apocalypse. Fantastic!